I really want to like black beans. I want to like any beans. They’re cheap, utilitarian, full of protein and nutrients – and let’s face it – they’re pretty gorgeous.

Don’t get me wrong. I love Mexican food, and I’d walk a mile for a good bean dip, but there’s just something about plain cooked beans that turns me off.

Maybe it’s because of the texture, the rough skins. Huh. I have no idea. But they make me wriggle my nose in indignation. And then I feel guilty about wriggling my nose.

But, my New Year’s Resolution for this upcoming year is to indulge in beans in any way, shape or form.

But that’s a different story.

When Jedd and I were in that first heady and giddy stage of dating, we bonded over a lot of things.

John Lennon is the best Beatle.

Early Rolling Stones are comparable to Exile on Main Street.

We hated mushrooms and beans, and we liked Bloody Mary’s and sleeping late on Sunday’s.

You know, that “You too? Me too!” part of getting to know each other where everything seems like a sign of good things no matter how banal they are?

“Oh, my God! You like booze on a Sunday afternoon, John Lennon, early and later Rolling Stones, and I’ll never have to eat beef stroganoff with mushrooms? Score!”

Well, now he’s left me in the lurch like a bad country torch song.

Jedd likes mushrooms now. Granted, it’s only one type and only in one dish – but c’mon man. Mushrooms?

Anyway, if he can branch out, so can I. I’m getting a jump on that bean thing.

I can tolerate black beans without grimacing, but can I love them?

But I do like them now more than I did before.

And it turns out all I needed was a few ingredients, an instant pot, and 40 minutes.

Hello, black beans, come to a lady who has the potential to love you.

1 lb. black beans, rinsed, washed, and picked over for debris

Place all the ingredient in an instant pot.

Turn the setting to “manual” for 25 minutes, and set the top to “sealed.”

When the alarm goes off, let them vent naturally for 20 minutes. 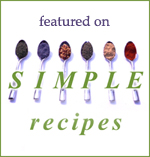 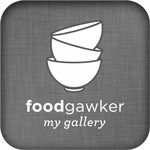